You are here: Home / Mexico / 25 Best things to Do in Mexico City, Mexico 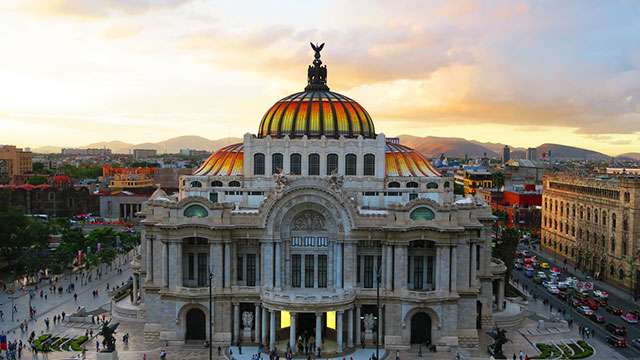 Mexico City is bustling with life, art, flavor and fun. It’s possible to create a bursting itinerary for every type of traveler – foodie, artist, historian or reveler.

For those looking for a little bit of everything, there are few better cities on this earth to visit.

We’ve collected 25 of the best things to do in Mexico City, categorized by interest, but by no means order of importance.

Curating your adventure in this marvelous city is up to you!

Mexico City has more museums than Paris or New York.

If you’re looking for ruins, architecture or artifacts that have influenced the world – this is your stop. Your options include:

Spend a few hours at this world class curation of artifacts from all eras and walks of human life in the before the arrival of Europeans.

This museum pays tribute to indigenous societies and the Aztec city of Tenochtitlan on which Mexico City was built.

It also houses the iconic Sun Stone, a 20-ton carved calendar stone that is perhaps the most widely recognized piece of Aztec sculpture.

This ancient Mesoamerican city is worth a trip for any visitors to Mexico City.

The aqueduct of Padre Tembleque, an impressive hydraulic system constructed in the 16th century, is nearby.

This grand castle and its elaborate grounds capture a history of powerful politicians and military might.

It houses the National History Museum, a favorite of military historians, and various murals, maps and artifacts of war.

The gardens surrounding the castle form one of the largest urban parks in the world and contain a number of Moctezuma Cypresses, trees as old as 700 years old.

Coyoacán is an area of the city best known for being home to artists Frida Kahlo and Diego Rivera, as well as exiled Russian revolutionary Leon Trotsky and his wife.

Both couples’ houses are open as museums and the historic borough is a great place to browse arts and crafts markets, and stroll through old squares and parks.

5. Center of Catholic worship at the Basilica of Our Lady of Guadalupe

This pilgrimage site sees millions of visitors each year.

It is located near Tepeyac Hill, where the first indigenous saint is claimed to have seen apparitions of the Virgin Mary.

His cloak is the most venerated relic housed in the building.

Revel in the city’s arts

Mexico’s world-famous artists are known for their bold, colorful and often fantastical creations that bring indigenous and European styles together. Key stops for the artistic tourist include:

The bright blue house where the iconic artist grew up and later passed away is now a museum of her life and works.

This striking building houses 66 000 pieces of art across an array of eras and styles. Funded by billionaire Carlos Slim, its design and construction were conducted entirely by members of his extended family.

These neighborhoods boast the best street art in the city, inspired by the graffiti of American cities in the early 1990s.

Situated in the historical center of the city, this neoclassical building holds a large collection of works by Mexican artists from the sixteenth to the twentieth centuries.

A folk-art museum in the Historic Centre of the city, the Museo de Arte Popular is dedicated to preserving and displaying local crafts such as pottery, basketry, textiles and glassmaking.

Celebrate with the city

Mexico City is known for its energy and fondness of festivals – so there’s no judging those who visit simply to celebrate. If you’re looking for a good time, your options include:

Sip the signature spirit on its home turf in one of the city’s many dedicated tequila bars. The Four Seasons Hotel’s Fifty Mils is highly rated, but you’ll not find yourself short of options to buy the stuff.

12. The Day of the Dead parade

The famous celebration of life and death – with its iconic sugar skulls and colorful altars – takes place in November. A blend of western tradition and local pagan culture, the main parade boasts thousands of performers and attracts hundreds of thousands of visitors each year.

These icy, refreshing cocktails will bring some zing to your trip, and there is no better place to order them than Mexico City.

Top rated bars include Helado, Obscuro Bar and Licorería Limantour – but feel free to sample mixologists’ creations across the city.

The area of Polanco is known for its upscale restaurants and shopping, as well as its annual spring festival in which local businesses adorn their shopfronts with elaborate floral displays. Colors and fragrances fill the air and public activities keep visitors entertained in a celebration of spring each April.

15. Partying in one of the world’s most populous cities

Downtown Mexico City has a bustling, dazzling nightlife that is worth staying up for. The city also has an active gay and queer scene, most notably in the Zona Rosa neighborhood.

Eat your fill in the city

Mexico City’s street food scene is fantastic and its high-end restaurants garner plenty of critical acclaim. Getting a bit of both during your stay includes:

16. Starting your day with tamales or chilequilas

Tamales are maize-flour dough pockets stuffed with fruit or cheese, wrapped in corn husk or banana leaf, and steamed.

Chilequila is a dish of corn tortilla chips chopped up and fried, cooked in salsa and sprinkled with cheese.

Traditionally a fry-up of the previous day’s leftovers, this is a comfort food that locals rave about.

In the afternoons and evenings you can grab a fresh, corn-flour taco filled with pork, chorizo, or pit-roasted meats with fresh onion, coriander, and salsa. Seek a street vendor with a long queue and you’re sure to be blown away by the quality of Mexico City’s tacos.

Throughout the day, you’ll be able to sample the huge variety of fruits that the city has to offer from street stands and vendors.

Heat with real flavor is a hallmark of good Mexican cooking.

You’ll be able to find spice in many local dishes, but make sure to try the delicacy of fresh mango with chili, coconut and other spices.

You won’t regret splashing out at one of Mexico City’s top-tier restaurants. Pujol, Quintonil, and Contramar offer delicious and original takes on Mexican cuisine by renowned chefs.

Step off the beaten track

If you’re a bit of an adventurer and enjoy the strange or unusual, Mexico City certainly has things that are a little different to offer. Attractions include:

One of the spookiest sites to visit in the city, this island sits on Teshuilo Lake and is adorned with hundreds of dolls.

A man called Don Julian Santana began the collection over 50 years ago in remembrance of a girl he claimed had drowned nearby.

The dolls, preserved in varying states of damage and disarray, hang from trees and posts all over the island.

This esoteric market is a pull for anybody interested in mysticism. It caters to those with an affliction of the soul or heart, offering cures for everything from lost lovers to bad energy and financial troubles. Many local religions are represented at the market, from voodoo to la Santa Muerte.

23. The Bizarre Museum of Objects

This collection of over 100 000 everyday objects speaks to collectors and lovers of all things vintage.

It contains something of everything, including old soda bottles, cosmetics, toys, food packages, electronics and shoe polish.

Mexico City is home to a number of beautiful, big bookstores – each of them magical in their own way.

The Cafebreria El Pendulo is described as part bookstore, part café, part forest because its two stories of wooden selves and winding staircases are adorned with lush greenery.

The Biblioteca Vasconcelos is a ‘megalibrary’ marked by its perfectly designed geometric layout and glass walls that create the sensation of being lost among the books. Its interior appears to be part forest; its two stories of wooden shelves and winding staircases are adorned with lush greenery.

Mexico City’s first cat cafe offers the opportunity to grab a coffee and some food alongside a host of resident cats. 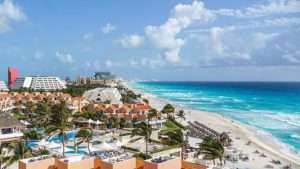 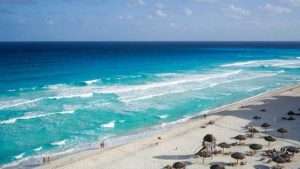 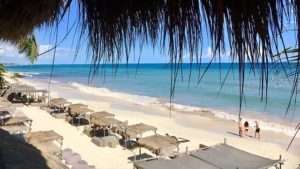