You are here: Home / The United States / New Mexico / 8 Best Things to Do in Santa Fe, New Mexico 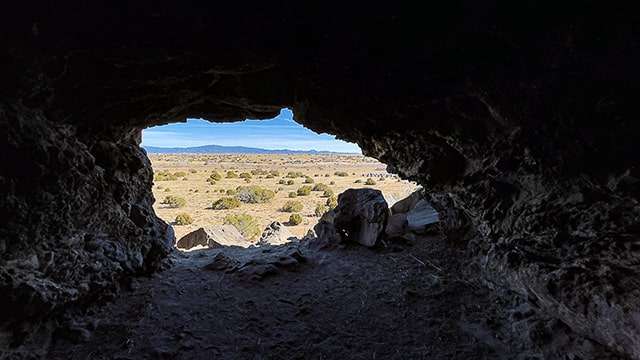 Santa Fe, New Mexico—Keeping it local and exploring closer to home is something I hadn’t necessarily focused on at all. So, hopping in the car and pointing it towards what I considered local included the second-largest city in New Mexico, which also happens to be the state capitol.

Santa Fe is like a sleepy village that has a lot of artisans, a lot of art, and a lot of pride of place. Beautiful hotels and restaurants abound, all with seemingly different versions of the same dish and all very, very tasty. Closing my eyes in ecstasy while the flavors exploded in my mouth didn’t even begin to cover it. But I digress…

The first stop on the agenda for the weekend was La Cieneguilla Petroglyphs. It is part of the Santa Fe Natural Historic Trail that is also a designated Open Space area where anyone can go. It originally served as a footpath between Native American villages strung along the Santa Fe River in the 1600s and became the earliest Euro-American trade route in the U.S.

When I say natural, I mean that there are bushes, cactus, and boulders you’ll need to climb over, on, and between to get to the drawings. Had I thought about it, a walking stick would have been a great addition to the trek. There are virtually no trails or handholds anywhere, and you have to battle your way to the top. I won the battle, fortunately, but please be forewarned. You will need something to help you make your way up. I’d rate this as a “difficult” on the hiking spectrum. Be sure to bring water as there are no facilities at this location.

Once at the top, you’ll need to spend a little bit of time looking, but the boulders are loaded with ancient drawings. I’ve seen many glyphs in New Mexico, but these were especially cool. Mainly because they were much more vibrant and visible than others, I’ve seen. If you spend some time with them, you can kind of figure out the story they tell, and legend has it that they watch over the villages and their visitors.

There are also hidden caves you can stand in as well and witness the remnants of the blackened ceilings of the cave from fires that were built for warmth and to sustain the people that once inhabited the area. From there, looking outwards, you can view the entire city of Santa Fe and imagine it without the houses and other buildings, as it might have been then.

2. The Cross of the Martyrs

The next stop was the Cross of the Martyrs. This is also part of the Santa Fe National Historic Trail and leads into Fort Marcy Park. The Cross was erected to honor the Franciscan Martyrs in 1680. They were killed by 400 Spaniards in an armed insurrection in the area. But the biggest draw is the sweeping panoramic views of Santa Fe, especially at sunset. There are bricks on the ground that have the names of donors who help to maintain the area and the Cross itself.

Fort Marcy Park was a military installation used during the Civil War and the Mexican-American War. It was never used to defend Santa Fe itself, so was abandoned in 1868. The actual structure was demolished in 1890. Its only current purpose is as a scenic overlook of the city of Santa Fe and what an overlook it is. As with the Cross of the Martyrs, the views are spectacular.

Since it was cold and windy, and we were getting a bit hungry, we made our way to our next stop.

Arrival at the hotel was a huge surprise. The entrance is done in the southwest design and decorated with sculptural art of original natives and plants that were stunning. The design is continued inside and is especially welcoming. There’s a small area where you can see art and information about things to do, but it’s done in such a tasteful way that it doesn’t seem messy or cluttered at all. The dining/sitting area was also done beautifully, and there was a very cozy fireplace as well. Throughout the hotel, the southwest influence is evident.

The rooms are nice and very minimalistic, but there’s southwest art on the walls, wooden blinds on the windows, and a desk/table for working and/or eating. In this case, it was used for eating since I brought the food up to the room. website

They offer entertainment, incredible restaurants, shopping, art, and a farmers market. The Violet Crown shows only indie movies in a state-of-the-art theater with reclining seats and gourmet food that is brought to your seat. Reservations and food orders must be made in advance online.

The Acequia Trail Easement that connects the Baca area for hikers and cyclists in an extensive trail system that runs throughout the entire city.

The following day was gray and cold, so it was decided to do indoorsy-type things rather than outdoors. The Loretto Chapel filled the bill quite nicely and was an unexpected and beautiful surprise.

It was once a Roman Catholic church designed after Sainte Chapelle in Paris; it is currently a museum and wedding chapel. But the crown jewel of this church is the miraculous spiral staircase up to the choir loft. It has no central pole, is 20 feet tall, and makes two complete turns. It’s held together with only pegs and glue, a feat seeming to defy the laws of physics without any obvious signs of support.

Legend has it that the nuns prayed the novena for nine days to St. Joseph. On the ninth day, a mysterious stranger appeared, offering to build the staircase. He worked alone and, when he finished, disappeared without collecting his pay or telling the sisters who he was. It is believed the stranger was St. Joseph himself, the patron saint of carpenters. Cue the Twilight Zone music.

7. The Inn and Spa at Loretto

I exited the chapel through the gift shop and ended up in a long hallway with no idea where I was, so I just kept going. I ended up in what was the lobby of The Inn and Spa at Loretto—an absolutely unique and beautiful place.

The first thing that drew my attention was a very large ram head skeleton over a nice, cozy fireplace. Since it was cold outside, it was very inviting. I continued to wander around the lobby taking pictures. Before long, the manager came over and asked if I’d noticed the ceiling. Naturally, my first instinct was to look up, and I was immediately shocked to find what he described as hand-carved and hand-painted art on the ceiling. It was completely unexpected. He also said the elevators had the same art inside. Incredible.

I couldn’t help myself and ultimately asked if the hotel was haunted. He looked at me and said, “come with me.” I did. Yikes! He walked me down a dark hallway to an old photo showing the chapel and the hotel when it was the first Catholic school for girls.

He told me that it’s believed that one of the nuns, Sister George, who liked a cognac and cigar in the evenings, is said to roam the halls checking on the girls. Where there’s cigar smoke, you’ll find Sister George, or rather her ghost.

The final item on the agenda for the day was the oldest house in the United States. It was built in 1646, has two stories, and is now a museum and gift shop. It was built of adobe—real adobe—mud, straw, and water—rather than the faux adobe we have today.

It just so happens to stand right across the street from San Miguel Church, which also happens to be the oldest church in the United States, built in 1610. Sadly, it was closed, but the oldest house was not. Both have been reinforced several times, but only by the historically correct standards of their day.

Inside the oldest house are multiple artifacts from the era, which includes a coffin with glass so you can see the body, a body without a head! Of course, it’s now papier maché, but it looks real enough. The story goes that it used to be a real body, but the spirit of the person was upset that it was on display and became malevolent, so they buried the original body but kept the coffin on display with a fake body. Creepy.

As for the second floor, it has collapsed several times and has structural issues, so it is now not accessible to the public.

Finally, the gift shop has some nice items, and if you check in on your smartphone, you’ll receive a free gift. The proprietor is a very nice man who will answer any questions you have.

Santa Fe is a very unique and beautiful town that should not be missed when visiting New Mexico. If you are an artist, it is a mecca. If you are a foodie, you will find so much to explore; you couldn’t possibly do it all in one trip unless you stayed a while. Culturally, it is a fascinating place to hear stories – true or not – that you will never forget. Go. Visit. Your mind, body, and soul will be glad you did.