You are here: Home / South Korea / 15 Best Things to Do in Seoul, South Korea The bustling capital of South Korea, Seoul is one of the worlds most famous cities, and that is if that is how you wish to refer to it, because Seoul is in fact, classed as a metropolis. It is seen to be the second busiest city in the world after the Japanese capital of Tokyo.

And much like its Japanese counterpart, Seoul is a mixture of traditional and modern, making for one of the most eye catching city scapes in the world. With modern, skyscrapers nestled in alongside Buddhist temples, Seoul really is a sight to behold.

Sitting on the Han river and alongside the ginormous Bukhan mountain which stands at an impressive 836 metres, the city is believed to have its roots as far back as 18BC! Although it does date back this far, Seoul became the capital of South Korea in the 14th century and has been known by a variety of names over the years.

Seoul is famed for its wealth of street foods which make it one of the culinary capitals of Asia and this is a massive draw for tourists. It is a modern city which is constantly adapting and changing with the times and one thing is for sure, there is plenty to see and do for anybody coming to visit this city.

In this article, we have narrowed down everything that there is to do in Seoul to some of the most interesting things.

There are many palaces in the city, what with it being the capital and this one is a palace for royalty which was constructed during the Joseon dynasty. The palace has an astonishing 7700 rooms, many of which were completely renovated during the 19th century.

However, this renovation was in vain because the palace has had to be restored once again after much of it was destroyed during the Japanese occupation of South Korea, and much of it is now completely changed.

Myeong-dong is the main shopping area of Seoul and attracts millions of people every year, whether these are locals or tourists. Not only are there an impressive array of shops and boutiques here but there are a lot of places to eat and drink, meaning that you can really make a day of being here.

The area is most notable as being home to the city’s cathedral and main theatre and these are big attractions for tourists looking to take in the architecture and culture of the city.

If you want to get a really clear view across the city then why not take a trip to the top of the N Seoul tower, which is more commonly known as the Namsan tower, and take a look from the observation deck up there.

Standing at just shy of 240 metres tall, the tower is the second highest point in the entire city and is used for broadcasting over a variety of South Korean TV and radios channels. There are places to eat here which is excellent for those looking to grab a bite whilst taking in the epic view.

If you are looking for an experience that is cultural as well as being a little different then why not consider visiting the Bukchon Hanok village which shows a history of over 600 years.

The area is home to a variety of traditional buildings set amongst quaint little alleyways. This is a quirky way to experience the history of this amazing city.

If you are travelling with a young family, one of the best ways to keep them entertained when in Seoul is to visit Lotte world, and you are going to need the entire day! This huge amusement park features a wealth of things to do including the biggest indoor theme park in the world and a wonderful outdoor park known as Magic Island. There are movie theatres, rides, live music, sports activities, shops and places to eat. You will certainly not be bored whilst visiting this much loved location.

Part of the thrill of visiting a bustling city such as Seoul is immersing yourself in the every day lives of the people that live here and one of the very best ways to do this is by visiting one of the markets. This impressive market offers visitors the chance to sample a variety of foods as well as buy some wonderful trinkets to remind them of their trip. This is also a chance to chat to the local people about what it is really like to live here, all whilst soaking up the lively atmosphere of this marketplace.

One of the first things that springs to mind when thinking of east Asian countries is their innovation in technology and the future. The Dongdaemun design plaza does not disappoint if you are looking to see some truly futuristic architecture.

With its stunning silver design the building is home to a variety of futuristic shops and is one of the landmarks of the city. There are often various global exhibitions being held here so check what is on during your visit.

Seoul is littered with beautiful palaces and this one is no exception. The palace was built by King Sejong way back in the early 15th century as a place for his father to live. Not much later in 1483, the palace underwent renovations and was increased in size.

There used to be a botanical gardens and a zoo on the site here but they were relocated during the 1980s.

Korea is a country with a rich and varied culture and this museum is the ideal location to learn all about it. The museum is home to a variety of replicas of historical artefacts which are used to demonstrate information surrounding Korean culture and some of the customs observed here.

This is an excellent way to gain a greater understanding of a traditional Korean lifestyle.

If the noise and crowds of the city are getting too much, why not step back into nature for a while and pay a visit to the Bukhansan national park where you can meet with peace and relaxation. The area is popular for hiking and is home to a selection of mountains. Set over 80 square kilometres, there is certainly a lot of ground to explore here.

Probably one of Seoul’s most famous recent achievements was playing host to the 1988 Olympic games where this stadium held most of the events. Visitors to the city are drawn here to see and learn more about the sporting history of one of the most renowned events in the entire world.

This is the first theme park to have ever opened in this city back in 1988, and it tied in with the hosting of the Olympic games. The theme park is still loved to this day and features an array of over 40 rides for people of all ages as well as a lot of green space where you can enjoy a picnic.

The park attracts over 3 million visitors a year and so can get quite busy. It also plays host to a variety of festivals at various points throughout the year and so it is worth taking a look at what is currently happening here.

This three Michelin starred restaurant has received some fantastic reviews as being the best place to eat in Seoul. The chef here works hard to provide patrons with a culinary experience that they will not soon forget and the menu here works around seasonal foods.

Set in a stylish dining room, you will taste some of the most beautiful Korean cuisine that can be found in the city, this is well worth a visit!

The government of South Korea spent an eye watering 235 billion on developing this urban park but this is not money that has gone to waste as the area has been very well received by the locals who were crying out for a green space in the city.

Completed in 2005, the park is home to over 400,000 trees and 100 species of animals, giving you the chance to experience nature right in the heart of the city!

This modern museum is set over two parts. One includes art from tradition Korean artists whilst the other is a more modern take on art. Both areas have a lot to offer and are great for those with a passion for the art world.

It is set in a very unique and inspiring looking building which was designed in its two sections by a Swiss architect and a French one, respectively.

Seoul is a vibrant and lively city which has a lot of offer its visitors. With the legacy of the Olympic games and a rich and varied history, this is a city which will be enjoyed by anyone who pays a visit. You will never be short of things to see and do in the capital of South Korea! 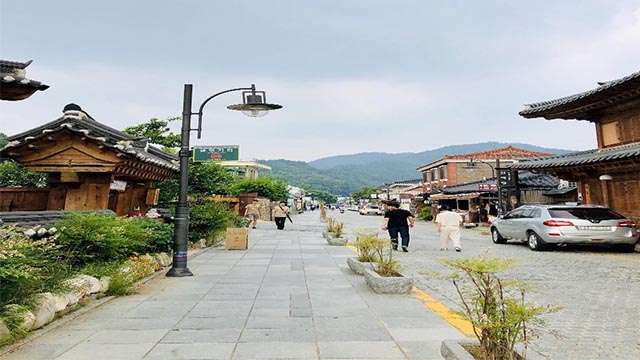 Continue Reading 7 Best Things to Do in Jeonju, South Korea Continue Reading 14 Best Things to Do in Busan, South Korea