You are here: Home / Portugal / 8 Best Things to Do in Sintra, Portugal Sintra has a magic of its own as the ancient Portuguese Village that sits in the outskirts of Lisbon will take you on a time travel that will be at the same time romantic and fascinating in its unique History and diverse beauty.

The village of Sintra is just a mere 30 minute drive -traffic allowing – from the center of the Portuguese Capital, Lisbon and can be accessed by bus, train or even taxi services, whether local or app-based.

We strongly suggest renting a car considering its very well priced even at Lisbon airport and will allow enough freedom for your visit to expand outside the Village limits and, for example, get to know its coastline.

We highly recommend avoiding rush hours as many people commute between Sintra and Lisbon making it for a somewhat chaotic experience.

You’ll find lots to keep you busy and marveled, as Sintra holds some secrets of its own and a unique atmosphere that is unlike any other anywhere else in the World.

Here you will find some of the Best Things to do in Sintra.

The “Feather’s Palace” sits in a category of its own as far as Palaces go. It lookis like it’s straight out of a magical children’s tale and is considered one of the 7 Marvels of Portugal and was cataloged as UNESCO World Heritage since 1995.

The Palace itself sits on top of a hill overlooking the Portuguese West Coast on one side and the whole of Lisbon area on the other, with breathtaking views from anywhere you are.

Its architecture is one of Romanticism and the fact that it’s beautifully crafted with its multiple colorful towers will take you to spend considerable time discovering its uniqueness.

The Quinta da Regaleira also holds a Palace in its premises and was also considered along with the Palace of Pena as UNESCO World Heritage in 1995.

The area is very rich in symbolism as its founder was an enormous fan of the Portuguese Discoveries and was said to have a strong connection to Masonic movements. That itself adds up to the mystery as you are faced with unique symbols and hidden meanings.

A strong connection to the Templars is present in this area of wonder and discovery and it is considered one of the most amazing and unique places to visit in Portugal.

From its perfectly and purposely planted woods to its Greek statues, along with its Masonic Initiation Well filled with meaning.

This Well in particular, unique of its kind is an underground spiral stairway that represents Dante’s Divine Comedy and its Circles of Hell, along with many other secrets linked to this area that can be found when you visit it.

It’s ideal to take a guided tour to discover in detail its many meanings at the same time you gaze at its immense beauty.

The Quinta da Regaleira leaves no one indifferent as it will have you questioning our place as individuals in the World and our relationship with Nature.

The Castelo dos Mouros, also known as Castelo de Sintra (Sintra’s Castle) is an isolated castle on top of the tallest hill in the area, overlooking Sintra.

With over 1000 years of History, the Castle is still in good shape with its walls, a chapel and its surrounding areas. You will feel like you’re back in time and realize what it was like to overlook such a large slice of land when conquering wars were still underway.

It’s worth a visit as its presence is unique and its view is surely one of the best in the whole area.

The tall hill where it stands may look like it’s quite inaccessible to you from the Village’s perspective, but a regular bus service from the center is only a few minutes away and you’re welcome to hike down on foot if you feel like taking in its fresh air, calm and invitation to relax and enjoy this Portuguese beauty.

Monserrate Palace is indeed one of the most beautifully accomplished Palaces in Portugal, mixing the architectures of Arab, Ango-Saxon and Indian influences to create a unique and wonderful place where the Portuguese Royals once spent their Summer due to the cooler air of the Sintra evenings.

The Palace itself has a Botanic garden in its premises that will invite you to, just like a royal, enjoy and relax.

Along with several gardens and lakes of different styles, the Palace represents another unique World built on the diversity that Sintra holds itself at each corner.

If you’re diving deep in Portuguese culture, you’re to find out that every Village in this Western European Country is proud of its unique sweets. In fact, it’s common to drive a few miles and the next village will be just as proud of its local produce as Sintra is of its Travesseiro.

Literally translated, Travesseiro means pillow. This pillow won’t invite you to a nap but instead will take you to heaven as its sweet egg and almonds filling will have you trying more than one. Or two.

The Casa Periquita is the main reference for Travesseiros but if you’re feeling like something else, they’re also widely known for their Queijadas – small tarts – of varied fillings and just as perfect as Travesseiros, are ideal for a stop and regain some extra energy.

Do like the locals and have an expresso to go with it and, perhaps, a little take-away for later.

Just as sweet as its wide offer of local produce, the people at Casa Periquita have a gift of making you feel welcome and at home.

When you think of Portugal, it’s easy to relate to sunshine, good food, great people and nice beaches.

Sintra as all that with a lush coastline making it a beautiful drive.

Praia da Ursa and Praia da Adraga are ranked as two of the best beaches in Sintra, along with Praia Grande.

It’s recommended to have a car as there aren’t immediately accessible from the Village’s point of view. On the good side, the view around this coastline of hills and deep blue Atlantic Sea is as charming and unpredictable as Sintra’s weather.

Nevertheless, for at least 8 to 9 months of the year it’s easy enough to lay on their sands and soak up the sun with temperatures inviting to sunbaths and few clothes.

If you’re a fan of water sports, you can enjoy surfing as the Portuguese West Coast is a haven for all levels of surfers with several rental services around and instructors that will take you out and find the perfect swell.

When you sit at Cabo da Roca – Cape da Roca – it’s easy to give it a wider and profound meaning as you’re literally on the most Western point of all of Continental Europe.

At the tip of Portugal and Europe sits a 18th Century lighthouse that stands alone as a landmark that points the end of the road and a whole Atlantic Ocean ahead. It’s romantic and beautiful and in itself, enough to appreciate for a good walk around.

Its cliffs add up to its charm and the already mentioned unpredictable Sintra weather may as well bring the surprise of delivering four seasons in a day.

The variety is immense and depends on the time of the year but there is nothing more typical than grilled sardines or sea bass.

For seafood, bet on the Sapateira crab with its paté and any other you fancy, always with buttered bread and a cold beer on the side or, perhaps, one of its infinite options of white wine.

Keep in mind Portugal is a land of great – and well priced – wines and you’re invited to enjoy their diverse origins and tastes.

The food is Portugal’s best kept secret and one that is any Portuguese national joy and pride with its variety and freshness, there isn’t really anything else like it. 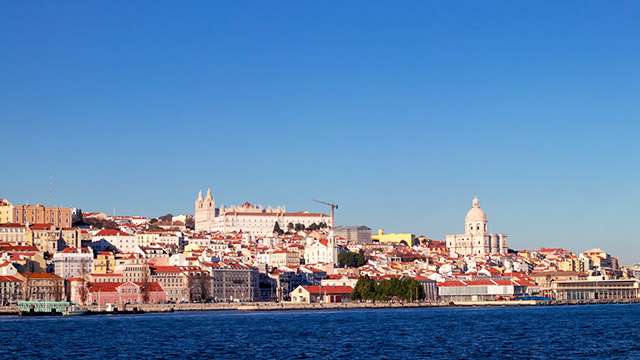 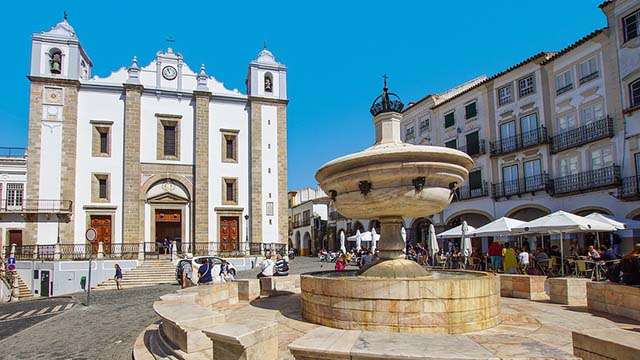 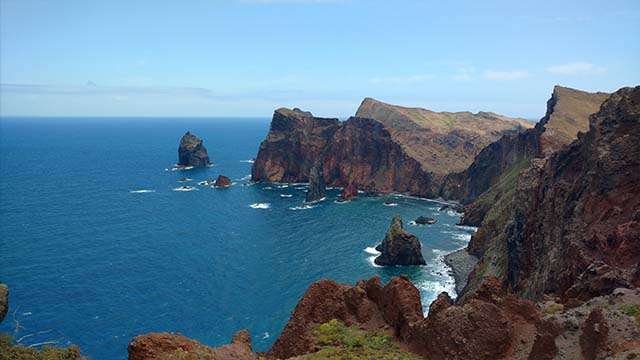