You are here: Home / Japan / 12 Best Things to Do in Hiroshima, Japan Hiroshima is probably most famous for the catastrophic bombing that took place there in the second world war. The city was the very first ever to be bombed using a nuclear atomic bomb and the devastation was palpable. There were 70,000 people who were instantly killed when the bomb hit and a further 70,000 who were injured or killed afterwards due to radiation.

All of this aside, Hiroshima is now a bustling tourist capital located on the Japanese island of Honshu, the countries main island. After the end of the second world war, Hiroshima was fully rebuilt and is now happily the capital of the Hiroshima Prefecture with a thriving population of just over 2 million people.

Back in the 12th century, the area was a remote fishing village but due to its prime location on the Ota river, a castle was erected here in 1589 and the city found its beginnings. It was officially givens status as a city in the year 1889 and has since become a hub for industry and the Japanese military.

For those who are looking to visit the city of Hiroshima, there are plenty of things to see and do here and in this article, we are going to share with you some of the very best that Hiroshima has to offer.

Whether you take your pleasure from the culture and history of a place or your passion is in food and nightlife, there is something to appeal to all tastes in this delightful Japanese metropolis.

Here you will find the remains of the tragic Hiroshima bomb and for those with an interest in the history of this area, this is the perfect place to start your journey of discovery.

The dome is known by many other names including the Peace memorial dome and the Genbaku dome. The memorial has been designated as a UNESCO world heritage site, as of 1996, due to its prominence in history.

The surrounding area by the Atomic bomb dome is known as the Peace memorial park and comprises of various sights of interest that relate to the bombing of the city, paying tribute to those who lost their lives in this tragic event.

The park is one of the main attractions of Hiroshima and is known to have around a million visitors coming to pay their respects every year. The park features a variety of architecture which was designed by renowned Japanese artist, Kenzo Tange and this is also an attraction of the park.

Continuing with the theme of the memorial of the atomic bomb, the peace memorial museum is located within the park and is a great choice for those wanting to learn more about the disaster.

The museum was founded in 155 and has had millions of visitors since that day, being the most popular destination for Japanese field trips. The entry price to the museum is extremely reasonable and so makes an ideal day out for those looking to be thrifty whilst in this city.

Japan has a reputation for its beautiful trees and this park is one of the best locations in the country for looking at them, Filled with over 200 maple trees, this is one of the most famous natural areas in all of Japan.

Located at the bottom of Mount Misen with the Momijidani river running through the park, this is an ideal location to take in the true beauty that Japan has to offer and makes a tranquil escape from the business of the city.

There are many Buddhist temples in Japan to explore and they are all truly stunning, Mikati-dera is no exception to this rule and is well worth a visit when in Hiroshima.

The temple requires visitors to take a hike in order to access it but this is all part of the tradition of where this type of building is usually placed. Once there, you can explore the temple and then take a refreshment in the on site coffee shop.

If you are a lover of art then a trip to the Hiroshima Prefectural museum is a must. The museum was founded originally in 1968 although it was totally renovated in the mid nineties. It is home to many pieces of local art and has collections including both modern and traditional works.

One of the things that Japan is most famous for is its engineering and one of the ways in which this is expressed is through the manufacturing of cars. Mazda is a worldwide name associated with the Japanese care industry and a visit to the Mazda museum gives you the chance to see these cars being made.

The staff here are known to be extremely helpful and friendly and whilst watching the workers in action, you will have the chance to learn more about this iconic brand. There are English tours available making the museum very accessible.

Going back to nature is an important part of any trip and paying a visit to the Hiroshima Bay is a great way to experience the beautiful scenery that is on offer here. The bay is around 1000km squared and provides an opportunity to relax and enjoy a stunning ocean view.

According to the Asa Zoo website their aim is to educate their visitors on the animals which they keep here and teach people about how to care for these creatures and their natural habitats.

The zoo is home to a huge variety of creatures including lions, reptiles and a great collection of birds from all over the world. There is an onsite cafe and restaurant giving you the chance to eat your fill whilst on your day out at the zoo.

When visiting a city, the break would not be complete without paying a visit to one of the city’s most well loved eateries. The Hassei Restaurant is renowned for its excellent food which is prepared and cooked right in front of you.

The seafood menu here is loved by locals and tourists alike and the atmosphere is brilliant with friendly staff who want to make your visit as pleasurable as possible.

Ninoshima is an island which sits on the inland sea just off of Hiroshima and is famed for its natural beauty. It is located just 4km from the city and is a popular destination for tourists as well as the locals of the area.

On the center of the island, you will find the Aki-no-kofuji mountain which is excellent for outdoor activities such as cycling and walking.

For football lovers from all over the globe, no city break is complete without seeing the local stadium. There are many sporting events held here but most notably you will see athletics and football being played here. The stadium is home to the Sanfrecce Hiroshima team who can be seen playing here on a regular basis. The stadium has a capacity of just shy of 37,000.

There are some excellent places to visit in the Japanese city of Hiroshima and many of these are ideal no matter what kind of trip you are planning. From families and couple right through to lone travelers, there is something for everyone to see in Hiroshima.

Despite its sad history, Hiroshima has recovered well and has gone on to be not only a vibrant city for those who live here but also one of the most popular tourist destinations in Japan. 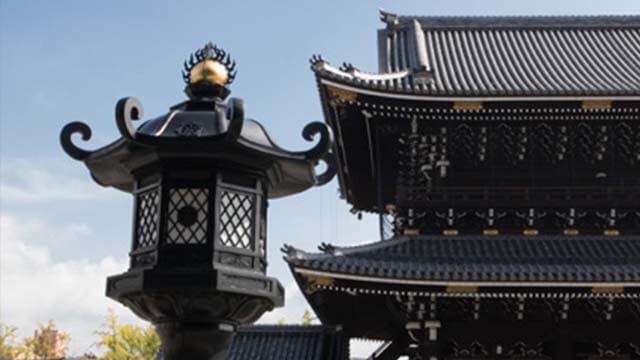