You are here: Home / Hungary / 15 Best Things to Do in Budapest, Hungary 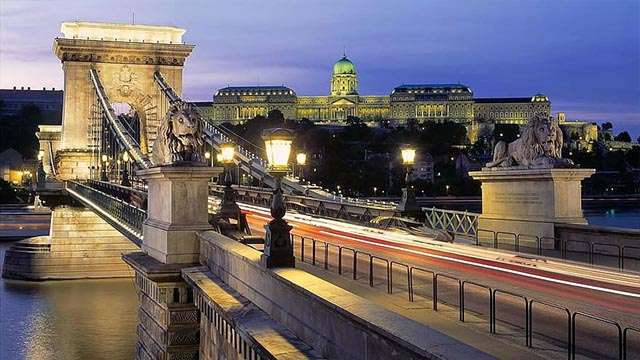 Every guidebook tells you what you have to see in Budapest: Hősök Tere (Heroes’ Square), Gellért-hegy (Gellért Hill), Széchenyi Gyógyfürdő (Széchenyi Thermal Bath), and Százéves Étterem (Hundred-Year-Old Restaurant). But the capital of Hungary offers much more! Let’s get acquainted with some lesser-known attractions and hidden treasures.

The Hungarian Parliament Building, designed by Imre Steindl,the winner of an international competition, is the largest building in Hungary. (The plans of two other competitors were later also realized in the Ethnographic Museum and the Hungarian Ministry of Agriculture, just opposite the Parliament Building.) It is 879 feet long, 404 feet wide, and largely symmetrical from the inside and outside. Built in the neo-Gothic style, it opened in 1902.

During a guided tour you can admire not only the imposing architecture but the Hungarian Holy Crown and the Coronation Insignia as well. Book your ticket online as places are limited.

Every district in Budapest has its own market. No doubt the most famous (and most touristy) is the Nagycsarnok (Great Market Hall) at the Pest side of the Szabadság-híd (Liberty Bridge). But why not try a more local one?

Visit Újpalotai Vásárcsarnok (Market at Újpalota), where, next to the fully-packed counters at the outside edge, you still can meet elderly village aunties who wear headscarves and aprons as in the old days and sell their own garden produce.

Budapest is a city of spas. The healing hot springs of the area were used in ancient Roman times, and since then the city has always had baths for the rich and poor alike.

The Rudas, which is found near Erzsébet-híd (Elisabeth Bridge) on the Buda side, was built by the Turks in the 16th century. A spa section was added in the 19th century, and it got its present form in the 21st century with a panoramic jacuzzi and sunbathing terrace. The Turkish bath section, in its original shape and with the original tiles, is still in operation and still separates men from women. Monday, Wednesday, Thursday, and Friday are for men only, Tuesday is reserved for women, and on the weekends both genders are allowed to enjoy the Turkish area together. On Saturday nights you can take a romantic night bath as well.

When one of the busiest traffic junctions in Budapest was renovated, a brilliant idea came to life. To keep the skateboarders away from the edges of flowerbeds and benches, designers used funny little sculptures to protect the areas.

Altogether more than 30 mini-creations (snakes, birds, umbrella, and more) are decorating the square. Antal Plank sculpted the statues, however many assign them to Mihály Kolodko, a famous Hungarian guerrilla sculptor.

Imagine a confectioner’s shop in an ancient castle area. This confectionery was founded in 1827 and has saved its Biedermeier interior, including the cherrywood counter, through the big battles for Hungarian freedom and two world wars.

Taste the famous, traditional Ruszwurm cream pastry, or order a Cake of the Year. A cake entitled Little Girl of Komárom was the winner in 2018. You won’t be disappointed.

The Hungarian Táncház (Dance House) Movement, which has since been adopted all over the world, began in the 1970s. The urban youth, interested in their roots, learned from living sources.

The dance houses still operate today. Nowadays you can find dance houses in Hungary not only for learning Hungarian folk dance but also for Scottish, Irish, Greek, Balkan, and more. Every March there is also the big Táncház Festival, where groups of Hungarian dancers, musicians, and locals who love to dance come together.

The Children’s Railway, formerly named Úttörővasút (Pioneer’s Railway), is a unique attraction in Budapest. This is a real light rail but fully run by children. The diesel locomotive and the little red carriages run between Széchenyi Hill and Hűvösvölgy, in the Buda mountains. Take a seat and enjoy the view or get off at one of the stations and take a tour in the nearby forest.

Gigantic sculptures from the Communist era, which were once all over the capital, were collected and brought to the Memento Park. Besides the sculptures, you can learn about the Secret Police Training Methods, and sit in a Trabant, an iconic communist-era car produced in Eastern Germany.

St Stephen’s Basilica of Budapest is one of the most beautiful churches and tourist attractions in Hungary. It was built between 1851 and 1905 and is the same height, 315 feet, as the Parliament Building.

The church is important not only for its architectural beauty but even more for the Holy Right, the holy relic of our state founding king, St. Stephen. During reconstruction in the 21st century the cupola of the Basilica, a panorama lookout, was established for tourist purposes. Visitors can access the lookout by using the two elevators, instead of climbing 364 stairs.

The dripstone-rich cave, the longest in the Buda Hills and the third-longest in the country, has been a highly-protected natural preservation area since 1944. Its length exceeds 4.5 miles, its height about 350 feet. The temperature is a constant 54F, so dress up well, bring hiking boots, and expect to climb ladders.

Do you want to know a country before traveling there, through its literature? Then look for The Paul Street Boys (written by Ferenc Molnár). One important episode of the famous novel takes place in the first botanical garden of Budapest, now ELTE Fűvészkert, established in 1771.

The botanical garden was created to help medicine and pharmacology students in their studies and to aid the conservation of endangered plants. Nowadays it is a beloved place where you can find peace and nature in the jungle of the city.

If you love classical music or are interested in architecture, visiting the Opera House is a must. The neo-Renaissance palace, designed by Miklós Ybl, has entertained lovers of opera and ballet for more than 130 years. Although the venue is partially closed now because of restoration work, participants of the OperaTour still can visit parts of the amazing and magnificent interior. Guided tours also include a short concert.

The Sziklatemplom Pálos Fogadóközpont is located at the side of Gellert Hill. From the rock platform in front of the church, where the services were once held, there is a beautiful view of the Danube, Liberty Bridge, Hotel Gellért, and the Art Nouveau-style Gellért thermal bath.

The church itself is composed of two parts, the original cave and the dug-out rooms under it, where the chapel is now. The church was built for the Hungarian Barnabites, who got it back after the regime change and operate it as a church and place for visitors.

One of the best outdoor places in Budapest is the Kopaszi-gát, south of Rákóczi Bridge. This green island, with playgrounds for children, an esplanade, views of the Danube, and restaurants is worth a visit when you want to relax after long hours touring city attractions.

When you need some rest, but don’t want to waste your time, take Tram 2 at the Jászai Mari station, at the Pest side of Margit-híd (Margaret Bridge). The tram brings you to the Soroksári út, where you can enjoy five bridges, Castle Hill, Gellert Hill, and the old buildings of the Budapest University of Technology and Economics at the Buda Side, and the Vigadó, the Big Market, the Whale, and a lot of other interesting places at the Pest side. At the end station, Soroksári út, take your time to visit the Müpa (Palace of Arts) and the Nemzeti Színház (Nation Theater) as well.

Take your time visiting Budapest, there’s so much to see! The capital of Hungary offers many treasures for tourists.

The city is easily reached by a short journey from Budapest Ferenc Liszt International Airportor by train into the city center from surrounding European countries.