Lyon is a city in the south of France which is highly renowned as a tourist destination and there is little wonder for this since there are so many things to do in this city.

Lyon is the third biggest city in the whole of France but the second largest urban area in the country, it has a population of over half a million people. Lyon is well famed for its local cuisine as well as being known for its wealth of historical landmarks to which tourists flock all year round. There are many UNESCO world heritage sites within the city.

If you are thinking of having a getaway in the city of Lyon, there are many things that you could do while you are there. With a whole range of activities and sights to see, there is something for everyone in the historical and diverse French city.

In this old town area of the city of Lyon, tourists are able to get a good grasp on the architecture of the city and some of the beautiful buildings that have survived here for centuries.

There are a great variety of cafes where you can take a drink or enjoy a meal in the old town which is situated on the river side on the banks of the Saone river, giving it a relaxed feel.

There are a lot of stunning mansions which overlook the area and these add to the historical and architectural flavor of Vieux Lyon. This is an area which is famed for having featured in many movies and so is perhaps easily recognizable to many of its visitors.

This immaculate urban park sits within the city of Lyon and offer tourists a chance to take time out from the hustle and bustle of the city by taking in the flora and fauna of this green space.

The 117 hectare park is home to a beautiful lake on which there are many activities taking place such as boating. Many of the locals take part in sports such as jogging and cycling in the park and there is nothing stopping you from joining in.

In the center of the park there is a small zoo which houses animals such a monkeys, giraffes and elephants, quite a distinct feature for a city park and something that must be seen to be believed. For those with a love of sports there are more facilities including a mini golf course and horse riding.

In any city, the viewing of the cathedral adds a spiritual and architectural aspect to the trip. The cathedral in Lyon is a stunning building which imposes itself within the place de Saint Jean and is a Roman Catholic church which is still in operation today and invites locals and tourist alike to its services and mass.

If you are interested in ancient history then a trip to the Gallo museum of Lyon is certainly in order. Here, you will find a vast array of Roman artifacts which are laid out in an old Roman theater set within the Fourviere hill area. There are both permanent and temporary collections on display here and the site is renowned for its archaeological history.

This museum is one which is favored by movie buffs the world over. This unique attraction houses a wonderfully delightful collection of scenes from movies made from mini models.

For those with a love of film, especially in an area such as the South of France which is famed for its movie festivals such as the Cannes film festival, this is truly a treat.

The botanical gardens in Lyon measure a generous eight hectares and are filled with a wonderful variety of plants, trees and flowers. This collection boasts over 15,000 individual plants including over 100 species of wild rose, displayed in the elegant rose garden.

Visitors can also experience a connection with marine life at the on site aquarium. The botanical gardens were founded in the mid 1800’s and one of the most attractive things about this location is that guests can enter entirely free of charge.

This lively and vibrant square in the heart of Lyon has been dubbed a UNESCO world heritage site due to its prominent location within the city. The square was originally established in 1556, and is the epicenter of where 12 streets find their meeting place.

The square often plays host to a variety of special events and is a famed local meeting place for those who live in the city. As with many areas of Lyon, the buildings here show off some impressive and historical architecture.

Lying in the center of the Saone river, you will find the Ile Barbe which features an old monastery just waiting to be discovered. This hidden gem in the heart of the city is not as well known as you might first think and so is an ideal place to make new discoveries. Perhaps you might take a bike tour of past the island or for a gentle morning stroll across it.

For those with a love of film and the history behind it, visit to the Villa Lumiere will certainly pay off. This building which is stunning in itself because of the grand interior which is reminiscent of the golden age of film.

The outside of the building is also rather easy on the eye. Inside, visitors will find a museum which details and educates on the subject of cinema and film. Added into this there is an in house cinema which features a variety of screenings.

When visiting a city in a foreign country, one might decide to sample the local cuisine. A great place to do this in Lyon is the book-lard restaurant where you can find a beautiful menu featuring some wonderful French foods.

The restaurant is a quaint little eatery which is well famed for its brilliant service. You have the option of sitting outside, to get the true and authentic feeling of dining outside a French eatery in the sun.

France is famous for many things, one of them being the musical history behind the country, and one of these types of music is the opera. Why not experience a cultural evening by attending one of the many shows at this venue.

The opera house was fully renovated during the 1980s and 1990s, whilst the renovations were extensive they still managed to preserve the original architecture of the building which can be appreciated by visitors today.

At the aquarium in Lyon, guests can view over 5000 species of fish which are housed over a collection of 47 tanks. Some of the animals which you are going to encounter here include sharks and sting rays.

One of the most notable attractions at the aquarium is the five senses event, where visitors can get up close and personal with the fish and touch them freely. This beloved attraction first opened its doors in 2002 and has been a successful and popular tourist attraction as well as being loved by those who live nearby.

Situated upon Fourvieve hill, you will come across the Odeon of Lyon which is an ancient Roman theater. Whilst this is a small Roman theater in comparison to many others, that is not to say that it lacks in point of interest.

This is an archaeological site which is favored by those with a passion for ancient history and hints towards the connection that the city has with its Roman heritage.

If you have a desire to learn more about world war two and the things that occurred during this time, then paying a visit to the Montluc prison might be worth a shot.

This may be a disturbing place to visit due to the history of torture and killings which took place here during the war by the Nazis. However, it is important that we learn about this crucial point in history. Located here, is a museum featuring items and displays related to this subject.

A visit to Lyon will delight the senses and stimulate the mind, with its huge selection of both historical and natural attractions. Those visiting the city are sure to find plenty of entertaining things to do, which will all contribute to an extremely enjoyable and memorable trip. 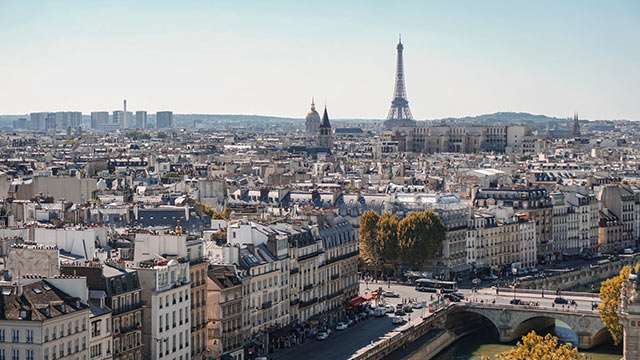 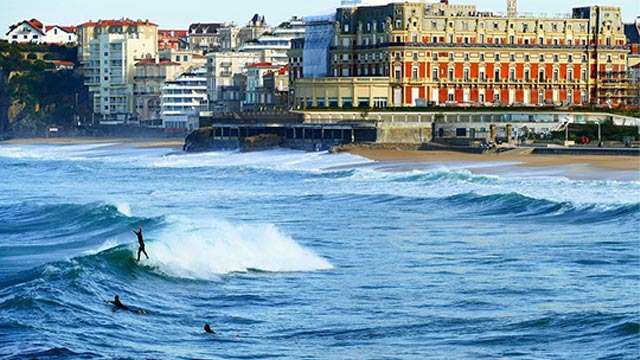