You are here: Home / England / 10 Best Things To Do In Liverpool, England 1. Catch The Reds At Anfield Stadium

The first thing that comes to most people’s minds when you mention Liverpool has to be its football club, Liverpool FC. Anfield is the name of the stadium that Liverpool FC is home to. Anfield is home to some of the biggest games the world has ever seen in European football.

Whether it’s the Champions League or The Premier League, there is nothing like catching a Liverpool game at Anfield.

The stadium seats about 54,000 people and tickets are often sold out long before the game itself, so be sure to purchase tickets in advance.

Also, be sure to take a tour of the stadium so you can learn about the club’s history and some of the most iconic nights for Liverpool Football Club.

The tour also lets you in the changing rooms and onto the pitch, giving you a feel of what it’s like to don the red shirt and play for one of England’s biggest footballing clubs.

2. Rock Out At The Beatles Story

The Beatles Story is the world’s largest permanent award-winning exhibition solely dedicated to telling the story of The Beatles’ rise to glory. Here, you can find heaps of memorabilia and an audio tour that walks you through the lives of the superstars.

You will be taken through a journey from classic audio recordings aligned to classic photos and exhibits in an orderly manner so you that won’t be overwhelmed with information that you read, hear and see.

You can also head over to Cavern Club, the place where the band first debuted in 1961. Cavern Club has hosted an unimaginable number of artists and still have live bands playing.

If you happen to be a die hard fan of The Beatles then you will love the Magical Mystery Bus. This bus provides a tour of the band’s old hangout spots, houses that they grew up in, places behind the inspiration of their music including Penny Lane and Strawberry Fields, also the Beatles statue at Pier Head.

Royal Albert Dock is Britain’s first building to be ever built using only bricks and irons. This marvelous five-story-high building was used as a harbor basin where cotton, tobacco, and sugar were once unloaded.

These gigantic Victorian structures are built around an arcaded walkway which allows tourist or visitors to take a walk around it.

Their columns that resemble the Tuscan columns once labored as capstans for moored ships. The whole of Royal Albert Dock has been restored into fancy apartments, designer boutiques, restaurants, cafes, and museums.

This is an excellent example of gentrification, a process of renovation to accommodate recreational amenities instead of leaving the building to decay, this also can be witnessed a lot in Machester, London, and Glasglow. The Royal Albert Dock is one of the most beautiful spots in Liverpool and cannot be missed.

4. Visit The Museum Of Liverpool

This museum will captivate you with a compelling story about its city and people from the Ice Age to the present day. On top of this, the museum exposes the life and legacies of the unheard heroes and innovative pioneers behind this extraordinary city.

There are multiple displays of costumes, decorative art, and objects that embody the city’s social and urban history, together with oral testimonies, archaeological findings, and photos.

People of all ages would have something to keep them entertained in this museum, it’s great for families. The entry is free although you can choose to donate any amount you’d like and the proceeds go to the care of the museum.

This cathedral stands out from the rest with its unique circular design and a tall lantern-like top that makes it unlike any other cathedral in Britain. This cathedral is Britain’s largest catholic cathedral that is open to everyone from all walks of life, religion or nationality.

The cathedral features a show of lights that come from filtered glass that the roof of the lantern tower is made off. The lights illuminate the entire circular cathedral and turn into a show of colors during the day.

The cathedral is also home to the Lutyens Crypt that contains the remains of Sir Edwin Lutyens, who designed one of the most elaborate cathedrals during the 1930s but only to see a lack of funds end his dream.

The crypt now remains as a reminder for the sheer scale of Sir Edwin Lutyen’s ambition. You can also take part in a mass or take part in events that the cathedral hosts throughout the year.

One thing you’ll notice before entering the gallery is the magnificent architecture of this building. Dating back to its origin in 1877, this building was officially refurbished in 1999 where it marked as one of Europe’s finest art galleries.

Although the building is 130 years old, the gallery’s most important works have been on display in this city for more than 200 years.

You can find an extensive collection of works by French, Italian and Flemish artists all the way from the 14th century up until the present day. You’d also find wonderful English displays of victorian painting and classical sculptures particularly from the 18th to the 20th century.

If you are an art lover and you only want to delve deeper into this amazing world of art then you should check out the John and Peter Moore Exhibition, a great display of contemporary British art that is held every alternate year and what better way to visit this art

Fancy some exhibitions that are absolutely worth your time? The Merseyside Maritime Museum is full of exciting exhibitions about the immigration of millions of people who left Britain for North America between the 1830s to the early 1900s.

The museum pays tribute and tells the stories of two of the most famous passenger vessel tragedies that the world has come to know the Titanic and Lusitania. Learn about the construction of the ships and what exactly happened when they went down.

With the museum being 4 floors high, there is simply so much to see. The museum is surrounded by great cafes and heaps of gift shops for all of your souvenir buying needs.

If British music has always been your go-to type of music then be sure to head over to the British Music Experience.

The British Music Experience shines when it comes to telling the stories of popular musicians like The Beatles, Adele, and Bowie through costumes, instruments, and memorabilia.

A trip down musical memory lane is awaiting all its visitors in the beautiful Cunard Building, the name of the building where the British Music Experience is housed. Be sure to try your hand at playing some of the musical instruments that are made available for the public before leaving.

Head over to St George’s Hall, a majestic symbol of neoclassical architecture that is as strong today as it was when it was finished in 1854.

The purpose of this building was to be a law court and also a concert hall at the same time. Though it no longer serves it’s purpose as a law court, it is still used for music; also one of the most prestigious venues for weddings in town.

Inside, before anything, you’d be swept off your feet when you notice the Minton tiled floor, it is absolutely beautiful then you will be able to see the refurbished courtroom, robing room, the prison cells and of course the great hall with one of the world’s largest organs. You will be amazed the minute you lay your eyes on it, we promise.

10. Go On An Adventure At Knowsley Safari

An ideal kind of adventure for the whole family. Go visit this 550-acre safari drive and see over 700 wild animals that are available at the safari.

What’s truly special is that you are able to drive into different zones and get close and personal to the animals as if you were out there in the wild.

Driving through the lion enclosure has to be the highlight of the safari, it’s so surreal to have this huge safari park so close to the city. Besides being home to various kinds of animals, the safari also has amusement rides and kid-friendly play zones to keep the little ones occupied all day long.

The safari is very well maintained and its keepers are always on hand to talk about the animals and all the various efforts that have been undertaken to protect these species. 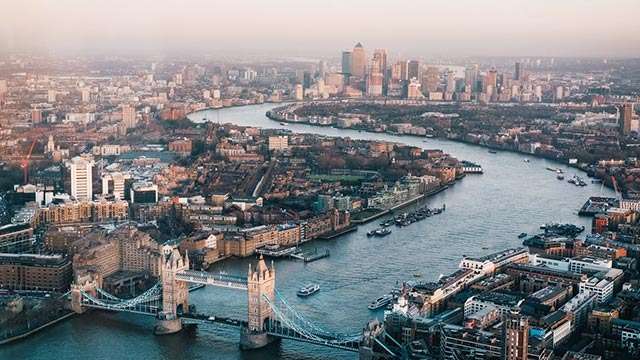