You are here: Home / Colombia / 15 Best Things To Do in Medellin, Colombia 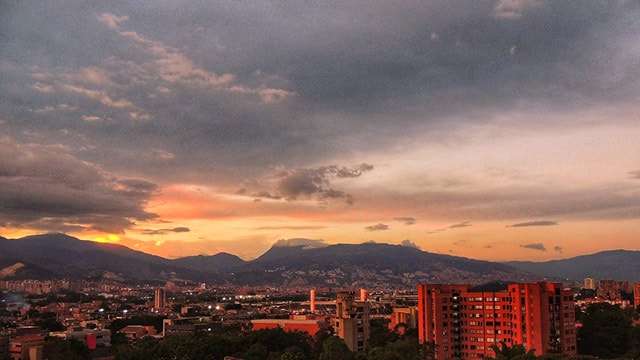 For those looking for a more unconventional holiday destination, you might consider Medellin, Colombia. While fans of the TV series Narcos will be familiar with this area, the show really doesn’t do justice to the beauty of modern day Medellin.

It is not the largest city in Colombia, but it comes in at close second as the most visited. Nestled in the center of the Andes, with its panoramic views and pure mountain air, it’s no wonder Medellin is fast becoming a tourist hot-spot. Flying high after the success of Narcos, there are countless things to see and do in Medellin. Keep your camera fully charged.

Restaurante Itaca is a traditional Colombian restaurant, one which the locals frequent on a daily basis. It’s a tiny, hole-in-the-wall in downtown Medellin. You needn’t worry about breaking the bank, all of the dishes here are fairly priced. For a true Colombian experience, you’ll want to go at dinner time. There is no menu, so the chef will come out to your table and explain what he has prepared for the evening.

Jardin Botanico is located just a short distance from the center. The gardens cover a large expanse (14 hectares), but are nestled away from the bustling city traffic and noise. Entrance is free, so you’ll notice it’s a favorite spot among the locals as well as tourists. The garden is home to 4,500 flowers and 139 recorded bird species. If you plan to go in August, you’ll catch the Feria de las Flores, a flower festival that showcases the most spectacular display of orchids. During September, there is the Book and Culture Festival.

On the topic of nature, a trip to Parque Arvi should be the next port of call. To get there, you’ll have to take one of the cable cars that travel up and down the mountains. It may seem like a lot of work, but the stunning views of northern and western Medellin are worth it. If you make the trip to Parque Arvi on a Sunday, you’ll be able to stroll through the farmers’ market and pick up some fresh fruit, vegetables and Colombian coffee.

Bringing it back to the city, El Poblado is a charming neighborhood that’s been gaining attraction ever since it was featured on Narcos. In terms of living standards, El Poblado is an affluent area, with beautiful apartment complexes, shopping malls, and a safe and lively nightlife for both teenagers and adults. Despite its dubious name, El Poblado is one of the safest places in Medellin and the presence of the police is undoubtedly felt here.

This walking tour gives a lot of insights into life in Medellin and Columbia as a whole – and better yet, it’s free! It is recommended that you start this tour early in the morning, when the sun is still hiding behind the mountains and the air is cooler.

The guide, Pablo, has some amazing stories to tell about the locals and history of Columbia. After all, who doesn’t want to hear about the real Pablo Escobar?

Despite its violent history of shootings and mafia activity, some researches say that Colombians are the happiest people on Earth. They have an innate ability to forget the troubles of the past and look forward to a brighter future.

After an introduction to Colombian culture and history, it’s time to visit one of the most controversial museums in the city.

The museum shows the violence that plagued the area for over thirty years, from drug cartels to civil war. Murals and photos pay tribute to the victims and their families during this turbulent time.

Entry to this museum is free.

Guatape is a small resort town. Located to the east of Medellin, it’s just a two hour drive from the city center. The town was built on the man made Peñol-Guatapé Reservoir.

A visit to Guatape usually calls for at least one night’s stay, as there are countless activities to take part in on this tiny island; from fishing to jet skiing to mountain biking. You’ll have the opportunity to dine in one of its many seafood restaurants, where they prepare and cook fresh fish caught that day.

The most popular attraction in Guatape is El Peñol, a giant granite rock. The climb to the top can be strenuous – 740 steps in total – but the sweeping views of the aqua-green landscape is worth the toil.

Bunuelos are a tasty, traditional snack in Colombia and Latin America. They are a type of fried dough ball or tortilla, filled with cheese and sprinkled with salt. It looks like a savory donut. A trip to South America isn’t complete without trying some bunuelos.

If you want to become truly immersed in Latin-american culture, you’ll have to put on your dancing shoes and learn some salsa moves. You needn’t be a seasoned pro to join in on the dancing, as the native Colombians are more than happy to impart their salsa knowledge on anyone willing to give it a try. And if you feel up to it, take your dancing feet right to Son Havana, one of Medellin’s classic salsa bars.

The exotic surroundings of Medellin make a great playground for adrenaline seekers. If you wish to explore your adventurous side, a tour company can bring you to the outskirts of the town, where you can hire an ATV or bike. For example, Guanabana Tours combine biking and ATV riding with activities like parasailing and river rafting.

This French-inspired castle was first opened as a museum in 1971, and houses permanent exhibitions including paintings, sculptures and stained glass, among other pieces. French influence is evident in the architecture, the gardens, fountains, and pathways.

For the adrenaline seekers, paragliding is one of the best ways to admire the city from a height. If you are a first time para-glider, the trained instructors will be by your side every step of the way; it is completely safe. It truly is a once-in-a-lifetime experience.

You’ve eaten in Colombian restaurants, now it’s time to discover the secrets behind these distinctive dishes. Plaza Minorista is the largest market in the city offering produce from local sellers, from fresh fruit and vegetables to fresh fish. We recommend taking your time at each stall and tasting the products. If you want to try your hand at cooking some Colombian cuisine, Plaza Minorista is the best place to pick up your ingredients.

Comuna 13 is a district notorious for violence and gang wars in the past but today is a symbol of hope. The area underwent extensive work to make it safer and more livable for locals, such as the installation of three escalators to make the Comuna much more accessible to other parts of the city. Art was introduced as an expression of peaceful political activism, with murals covering the walls and colorful hillside homes.

You will be hard-pressed to find a country who supports their football team as passionately as Colombia. Medellin’s teams (Atletico Nacional and Independiente Medellin) are no exception to this. If you really want to experience the city like a native, then seeing a football match is a must. The tickets are not expensive, ranging between $12 and $25.

It is relatively easy to reach Medellin. Once you’ve arrived in Bogota, you can take another airplane to one of Medellin’s two airports: Olaya Herrera and Jose Maria Cordova. The currency of Colombia is pesos, and it’s recommended that you change your money before leaving your home-town. Finally, don’t forget to pack mosquito spray and sun cream. Enjoy your trip! 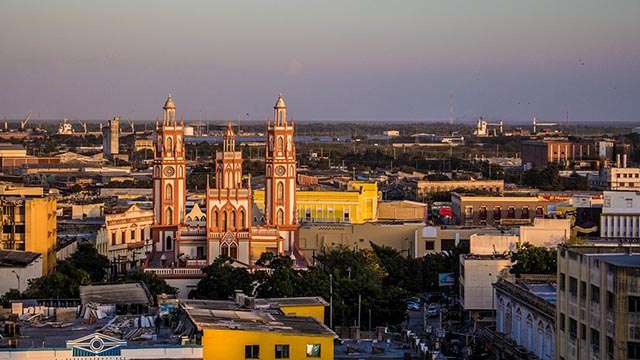