You are here: Home / Brazil / 12 Best Things to Do in São Paulo, Brazil São Paulo is a megalopolis; it is the biggest city in Brazil, America and the Southern Hemisphere. It is the cultural and economic center of Brazil and Latin America.

São Paulo is a monster. Huge, scary, and at first glance, a city without some great beauty, and also a tough city for all travelers to master. São Paulo is a city of smog, traffic, rugged sidewalks, skyscrapers and with the open delusion between poverty and wealth.

On the other hand, its residents will tell you that they would never live anywhere else.

The four seasons are not clearly demarcated in a city with more than 11 million inhabitants as it is often the case that all seasons alternate in one day.

During the summer it is mostly rainy season and the average temperature is around 22 degrees Celsius, though it is not uncommon to exceed 30 degrees Celsius.

The city developed around the lower stream of the Tiete River, on a plateau that forms part of the Sera do Mar mountain range.

The city of São Paulo, founded by the Jesuits in the sixteenth century, was a “springboard” to conquer the inland. Some 80 km away from the city itself, the port of Santos was built, which was the largest export port of coffee during the nineteenth century.

Thanks to the proceeds of the export of delicious coffee, the economic rise of the city began. The industrialization was accompanied by the development of the railway, which connected the interior of the country to the port of Santos.

Due to its rich environment, coffee production and later industry development, the city has seen rapid demographic growth.

The city has grown and today its peripheral zone is closed by satellite cities that form part of the wider metropolitan area: Santo Andre, Sao Bernando do Kampo, Osasco, Guvarulos and others.

Don’t be surprised if you meet a lot of Japanese people in the city or people who seem to be descendants of Japanese, Sao Paulo is the place with the most Japanese outside of motherland.

The same goes for Italians, Portuguese, Spanish and Lebanese, the largest number of these non-native people can be found in São Paulo.

That is why the culture of this city is extremely cosmopolitan, and the taboo topics are almost non-existent. Thus, the largest gay parade in the world was held in São Paulo, with a profile of as many as 3.5 million people!

You can never get to know Sao Paulo completely. The city is so big that as you get to know one part, the other changes and then everything starts over.

Even if you climb Mirante to Vale, the tallest building in São Paulo, you will only see a slice of the city. In fact the best way to see this city is by parachute jump, and parachute plane take off from Boituva Airport.

You can listen to Samba live at many bars on Saturdays. Lunch, some drinks and Samba dancing are common practice among Sao Paolo residents.

In order to experience real Samba, take a trip to The Bar Samba at Vila Madaleni. It is open late into the night, but an early arrival is recommended so you can enjoy an excellent feijoada (a traditional Brazilian dish made of meat, beans and oranges).

The inside of the bar actally an old house that has been painted and decorated. The inhibitions should be forgotten here, so leave them at the entrance, talk to other guests and dance!

This is probably the best art museum in town. It contains the entire collection of most important western art in South America, and it also hosts a fantastic temporary exhibition. Admission is free on Tuesdays and Thursdays, after 5pm.

Every Sunday, the entire area around MASP on Paulista Avenue hosts two large open markets. The space beneath the museum is becoming a major antiques fair, and on the streets there are plenty of stands that are selling fast food.

If you’re in the vicinity, dont forget to visit the Praça Don Orione Handicraft Market.

One of the greatest architects of the past century, Oscar Niemeyer, was from Brazil, and there are many places around the city where you could see his work.

His work is famous for making the curved lines (which he compared to a woman’s body) and the building creation often represents a defiance of gravity.

Although his work belong to modern art, Sao Paolo has examples of colonial, or historical architecture.

Ibirapuera Park is the largest green space in the city, and probably the largest urban park in all of the Latin America. There are different options ahead, you could walk, ride a bike, visit museums inside the park, go to the lake, and more.

The most beautiful museum in the city is certainly Museu Afro Brasil. You will find it in another Niemeyer building. The information is in Portuguese only and the exhibits are simply fascinating.

Museum is located at Pacaembu Stadium, which is one of the biggest football stadiums in the country. If you love football, you will enjoy old football screens, interactive exhibits and a celebration of World Cup.

On the way out of the museum there is a souvenir shop and a cafe with live music.

This is the largest boulevard in the city, a blend traditional and modern buildings, with numerous shops, cafes, bars, nightclubs, museums and woods in Trianon Park.

The whole boulevard runs along the metro line, and it is easily accessible by public transport. Next to it is Alameda Santos, the central location where apartments are rented.

A less exclusive, but certainly attractive lunch can be found at 25th of March Street, which is central in Sao Paulo.

It is also a major pedestrian zone, a great shopping spot, but also a street where you will meet a lot of artists, players, acrobats and other people who are trying to earn a penny on the street with their talent.

Almost immediately after the end of 1911, it became a major city attraction. This status was reinforced in 1922, when it was the site of an event that revolutionized the arts in Brazil.

The Neo-Gothic cathedral was built on the site of the former cathedral and it was completed in 1967. Its construction was interrupted by two world wars, which made it difficult to obtain mosaics and other decorative elements from Italy.

It was dedicated in 1954, on the 400th anniversary of the founding of São Paulo. On the front are statues of Old Testament prophets and disciples of Christ.

Although the rest of the church is neo-Gothic, it is covered with a Renaissance-style dome. The interior has several interesting features, including an organ of 10,000 pipes and stained glass depicting the history of Catholicism in Brazil.

You could visit the crypt below the main church to see marble sculptures and tombs. The cathedral is located in the historic center of São Paulo, and is a good place to start a walking tour of the old town.

The square known as Pátio do Colégio, just north of Praça da Se and the Cathedral, is the original core of São Paulo.

It was here that Manuel de Nóbrega and José de Anchieta established the College of Jesus, the abode and center of study of the Jesuits, and here on January 25, 1554, the first mass in the settlement was celebrated.

The attractive beach is now occupied by the Historical Museum, the Museum of Sacred Art and the Capela de Anchieta.

All that remains of the 16th century building is the door and part of the clay. There is a cozy cafe in the museum’s gardens.

Unlike many major cities, where most of the major attractions are grouped near the historic old town, São Paulo is expanding all around. Fortunately for tourists, a good Metro system brings all locations to easy access.

It’s best to choose a location in the Paulista neighborhood, near or just south of the São Paulo Museum of Art, near Ibirapuera Park, because it is linked with several other interesting attractions. 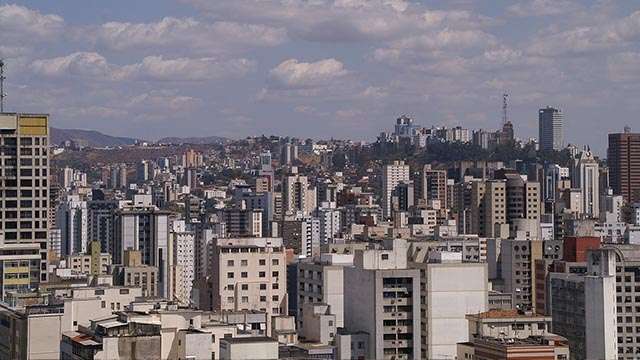